The Few Weeks Before The Departure 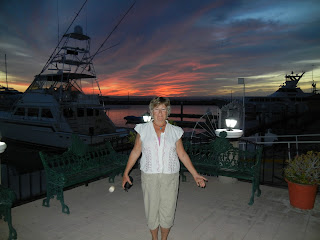 I was working very hard the
few weeks before i left La Paz!
I did however take some time
out for visiting and fun. I said
good bye to Phillip.  He is
one of the guys that works at
Marina Palmira and is a buddy.


I did take time out to
attend the Pressure Cooking
seminar.  It was great and
I can hardly wait to try out
what I learned.  My friend
Mary, on Jade Dragon had
just come back to La Paz 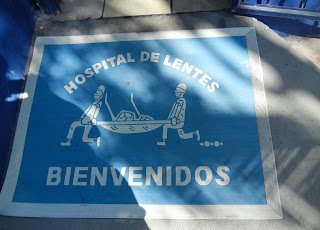 with my mail and my new
valve for the pressure cooker.
It died about 2 months ago!
On my way in to the seminar
I found this very smart dog under
a truck keeping cool.
Of course as luck would have it,
one of the ear pieces broke
off my good glasses.  So I headed
to the Hospital, the "Hospital De
Lentes" that is.  Well they couldn't 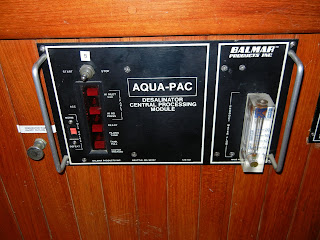 replace the earpiece but they did
put the lenses in a different frame.
So it was all good.  However
the right ear piece is loose in
the frame and I am no longer in
La Paz.  Guess it will have to
wait till  I get back.
It was a real grind to get
the old water maker working.
It turned out that once we got the new alternator in it still didn't work.
There was an air leak and the 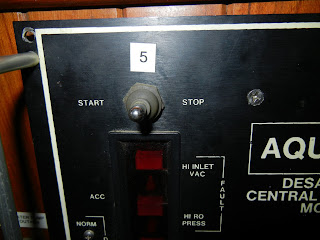 generator would not stay
running.  We finally found the
leak and replaced the tubing then
at least it would run.  Now the
water maker wouldn't start.
That turned out to be a switch.
It was the Start Stop switch. I
called Balmar and they told me
which switch it was and sent me
some part #s.  I ordered them
and a friend who was coming down
brought them with him along with 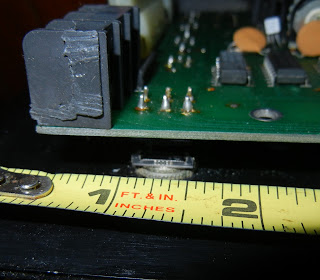 another part (a rubber boot for
the end of the heat exchanger).
Well they were huge and they
were not the right switch!! I called Balmar back and they told me that
they no longer support the
control panel.  They didn't
even have a part # for me. No
schematics or anything. Luckily
there are a lot of folks around that
are pretty good with all of this
stuff. A friend found the right 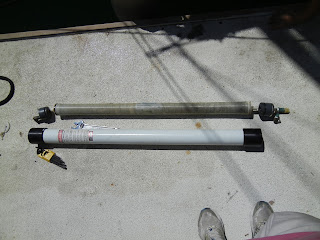 switch (turned out it was a momentary on/off ) and soldered it on. I will
take a picture of it as soon
as I get back to the boat. It seems
to work. We then put the
membrane in that I bought in
San Diego in 2010 ($500).  Even though it had
dried out at least a year ago we
thought we would try it.  There
are those who say that membranes
aren't nearly as fragile as the
manufacturer wants us to think!
Well it worked! So now I actually
can make my own water and it
is a Holy day for me!!!
I am now out here with new
dinghy davits, a fan actually
mounted in the head, a working
water maker, a windlass that goes
so fast that I can hardly keep up
with the chain as it comes in, solar
panels that give me 20 amps on a
regular basis ( had to fix my fuse
holder cause it was loose and I
also  discovered that the panels
need a 30 amp fuse), a new hot
water heater (the other rusted
through), 2 new foot pumps under
the galley sink (one for salt water
and one for fresh water) and a few
other things as well I
just can't remember them right
now. 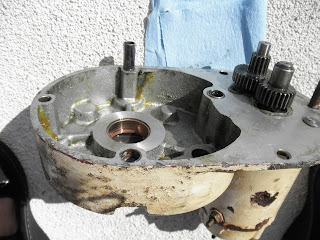