Back To San Francisco (briefly) 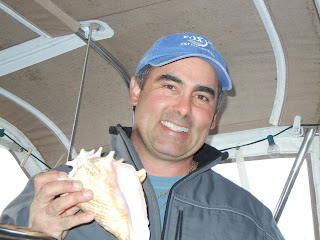 Had to go back to SF to renew my drivers
licence.  Thought I could do it on line
but I guess I had been doing it that way
and now they wanted to see just how decrepit
I had gotten over those years.  The woman
behind the counter was fabulous but she
couldn't take Pesos or a credit card. I had
to go in search of an ATM. Got some
cash and headed back to the DMV and
she let me cut right in.  As I said she was a
Saint but she told me I had better wear my
glasses when driving as I had failed the 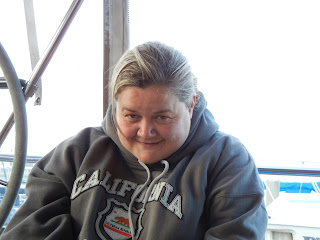 eye test miserably.
Dave and Cati let me bunk with the
Tripster and it felt like home. Had a great
BBQ with Neil and Marion and group
over at Neils shop. Visited the Gang at
Gate 11 and off to Martinez to hang with
Joyce and Mark for a few days.
Boy those guys can cook. I never get to
eat like that on a regular basis. It was so good to
see those guys. 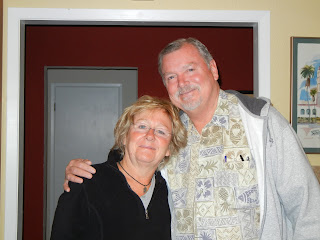 Apparently I had timed my trip to coincide with
the Strictly Sail Oakland Boat Show.  What a 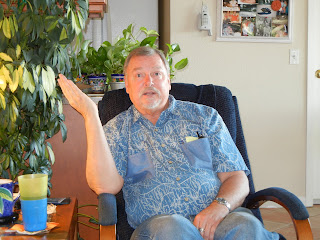 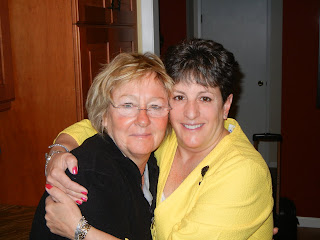 coupe.  I made a date with Ben to go to the Boat show on Friday.  I think I saw everyone else  I know
in the Bay area at the show over the next two days.
Got a few cool items and saw Casey again a fellow
cruiser who is waiting for his wife to retire to go with him.  Casey I hope Judy stops soon so you can enjoy this together more often.  The next day I headed over there with David Foy.  We had a good time and I
got to see most of the Passport folks. This was a whirlwind trip with lots of business added to it so I
tried to get the business out of the way first so I


wouldn't have to fret as time got short.  I did see

my financial guy, got my teeth cleaned and a
crown re-glued. Told  him to use the good glue this
time. Picked up my mail and all the stuff I had ordered through Amazon, etc. and had mailed to
my address. I also had to do some shopping. There are always things we need down here that you just can't find here. I came with two suitcases one inside the other and went home with 2 suitcases filled to the brim and a rolling backpack full as well.
While I was in Alameda I of course had to have my hair cut and highlighted.  I headed to Yoshi's
establishment.  It was great to see those folks and
of course he did a fabulous job on my hair.  I told him I was cutting hair in MX and it was coming out ok. But that I didn't have a good pair of scissors and asked him where he thought I could get a pair.  He Promptly went back to his office and care out with
a pair of really good scissors and gave them to me!!!
I wanted to at least buy them but he said "No!" they are a gift. I was thrilled.  Now it is time to cut my own hair and at leasts I have a good pair of scissors. Yoshi is the best!!
Well it was then time to head home. I knew I would be back so I wasn't too sad.  I caught the
plane to San Jose Del Cabo then the bus to La Paz
where  Jasdip and my new bike were waiting
patiently for me. 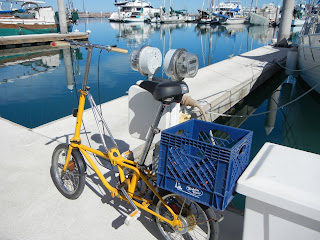 PS I tried to get these photos in order but I gave up so it is what it is.  Life is constantly changing and I am trying to embrace it.  I hope you are all able to do the same. Love, Critter